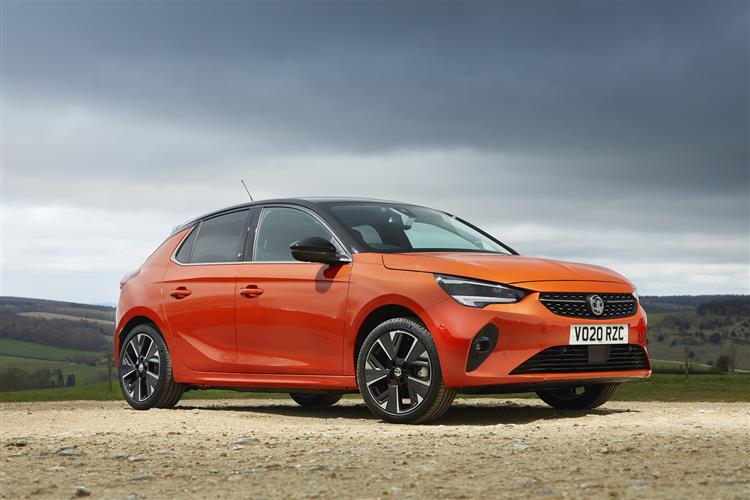 You can choose to have Vauxhall's smallest model in battery-powered form. Jonathan Crouch takes a look at the Corsa-e.

Supermini-sized full-electric cars haven't generally been very credible to date, with one or two notable exceptions. But times are changing. Pretty soon, most volume brand manufacturers are going to be offering little EVs with the kind of driving range you once had to pay luxury money for. Vauxhall has found itself in the vanguard of this change courtesy of the borrowed PSA Group technology we first saw in the Peugeot e-208 and the DS 3 Crossback E-TENSE. It appears in this car, the Corsa-e, the Griffin brand's very first Zero Emissions model.

Here, as with this model's cousin the Peugeot e-208, a 50kWh lithium-ion battery is mated to a 100kW electric motor putting out 136PS and working through the usual single-speed auto transmission you get with EVs. Like all electric vehicles, this one develops all its torque at once and simply hurls itself away from rest (the 30mph mark is reached in just 2.1s and 60mph is crested in only 7.6s), disguising the fact that (also like all EVs) this Zero Emissions variant has a bit of a weight problem - that drivetrain adds over 300kgs of bulk. That other small battery-powered little hatches manage this issue a little better is evidenced by the fact that the Corsa-e's WLTP-rated 222 mile driving range is easily improved upon by the latest versions of the Renault ZOE and the BMW i3. Still, all of this does represent a brave new world for forward-thinking supermini buyers looking to make the (still rather expensive) switch into all-electric motoring; it seems like only yesterday, after all, that a fully-charged small EV could only manage around half the kind of range you get from this one. Of course, you certainly won't achieve anything like that kind of operating capability if you get anywhere near this EV's quoted 93mph top speed. Or if you habitually drive your Corsa-e in the 'Sport' setting that'll be necessary to release to full 136PS power output just mentioned. The quoted range figure will only be distantly possible if you instead engage a somewhat restrictive 'Eco' mode that drops power output right down to 83PS.

Visually, this electric Corsa is virtually identical to the combustion-engined version, with the exception of different alloy wheel designs. An exterior highlight that Vauxhall is particularly proud of it's the fact that this is the first car in the class to feature adaptive glare-free full-LED headlights - the brand's 'IntelliLux LED Matrix' package, the kind of thing previously restricted to much larger cars. Inside, all Corsas have identical cabins, which centre around a new touchscreen infotainment system on the dash. Two set-ups are available to buyers, both with built-in navigation: a seven-inch Multimedia Navi system or top-spec 10-inch Multimedia Navi Pro. Both monitors deliver the expected smartphone-mirroring functionality. The two variants also get another 7-inch digital display featuring with virtual dials in the instrument binnacle. Build quality doesn't match the highest standards in this class, but ergonomically, there's not much to fault. The seats are supportive, nothing's irritatingly awkward to get to and everything's exactly where you expect it to. Rear seat space is a bit cramped but boot room is the same as with the combustion-engined versions - 309-litres, extendable to 1,118-litres when you fold the rear bench.

For this all-electric Corsa-e, there are two available trim levels - 'GS Line' and 'Ultimate' - and you'll be paying in the £27,000 to £30,000 bracket, once the available £1,500 government Plug-in grant has been deducted from the mildly alarming initial asking price. Both the Corsa-e and its cousin the Peugeot e-208 make more sense as EVs than another key Zero Emissions small car rival at this price point, the MINI Electric. That MINI's priced from around £28,000 and has a much lower operating range, a three-door-only body style and a tiny boot - plus it would probably cost around £3,000 more when equipped to a similar standard. There aren't really any other direct all-electric small hatch options. You can get battery-powered versions of the Volkswagen up! and the SEAT Mii from around £20,000, but they're all smaller city cars. A battery-powered family hatch like a Kia Niro EV or the Renault ZOE would cost from over £30,000.

If you're a Corsa-e owner, you'll need to know that getting anywhere near the quoted 222 mile WLTP-rated range figure will necessitate staying in the powertrain's provided 'Eco' mode - activating its 'Sport' mode setting will reduce your range by around 10%. What about charging times? Well, using the 7kW wallbox you'll need to get installed in your garage as a Corsa-e owner, a full charge from empty will take seven and-a-half hours. If when you're out and about, you find a public 50kW Rapid Charger, the replenishment time to charge from 15 to 80% is 45 minutes. If you're fortunate enough to find a 100kW Rapid Charger, that falls to 30 minutes. If the charger in question is a 22kW accelerated public charger, then the replenishment time will vary depending on whether you've paid a little extra to get the Corsa-e's standard 7.4kW on-board charger upgraded to 11kW spec. If you do that, you can reduce the 5 hour replenishment time with this kind of charger to 3 hours and 20 minutes. At the point of purchase of a Corsa-e, Vauxhall will throw in a free six month subscription to BP Chargemaster's Polar Network, which after that point would, at the time of this test, cost you £7.85 a month.

We're still at the stage at which you have to be pretty sold on the EV concept to choose a car like this. Vauxhall says its goal is to reach a stage where the overall full-life cost of a Corsa-e (taking into account purchase price or leasing costs, plus charging fees) is approximately the same as what you'd pay to run a well-specified petrol automatic variant. Well we're some way off that at present but it'll happen sooner or later. For the time being, this is pretty much state of the art in terms of full-electric small cars. Yes, you can get the same technology in a Peugeot e-208 or a DS 3 Crossback E-TENSE. And yes, other compact EVs like the Renault ZOE and the BMW i3 will take you a little further on a single charge. But this Vauxhall will reach a far wider audience than any of the models just mentioned. It will play a key part in democratising the idea of a supermini EV. And that makes it a very important car indeed.