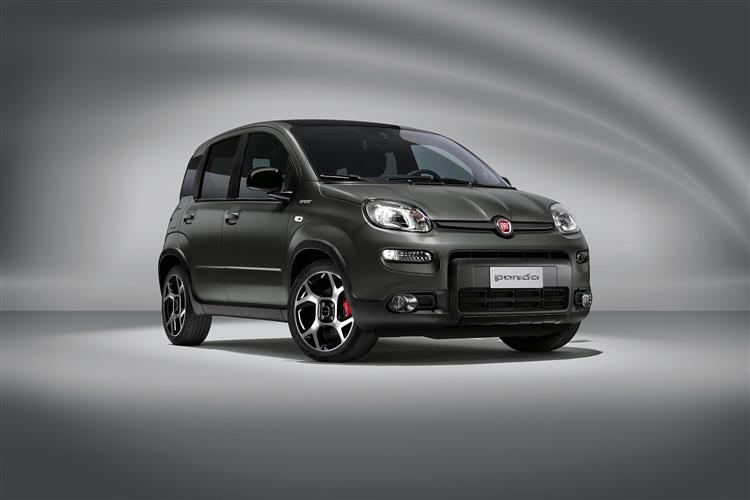 The third generation version of Fiat's Panda 4x4 was very much the people's off roader. As a car that can shrug off the worst of British weather while still looking good in any social setting, there's little to touch this little Italian contender. Affordable, fun to drive, eco-friendly and remarkably assured off the beaten track, it's an almost unique proposition if you need something very small that's also very capable.

Weight isn't only the enemy of efficiency and performance. It's also the enemy of 4WD capability. Ironic isn't it that the more money and technology that's poured into large and apparently capable off roaders, the less use they often are when conditions are soft and slushy. Those living in some of Europe's toughest mountain regions know this all too well. Which is why their day-to-day transport needs are so often covered, not by huge Land Rovers or Land Cruisers, but by this car, the Panda 4x4. Though a tiny but loyal band of rural midwives and vets swear by this allroad Panda, it has sold here in vanishingly small numbers since its original launch way back in 1983, mainly, it must be said, because previous versions were pretty crude. Buyers didn't care that this was one of the cheapest ways into 4WD motoring you could get if the end result was thirsty, noisy and about as comfortable as a woodcutter's cart. This MK3 model, launched in 2012, was much better, though from launch, Dacia's Duster usurped it as Britain's least expensive 4x4. In response, Fiat has brought us a car that, while still smaller, lighter and nippier than any other vehicle fit for muddy duty, was in this form better equipped, smarter, safer and much cheaper to run. And yes, still cute. There was an engine choice between a 0.9-litre TwinAir petrol unit and a 1.3-litre Multijet diesel (sold until 2019). A more extreme-looking Cross version arrived in 2015 to slot in above the standard 4x4 models. The Panda 4x4 was eventually deleted from the price lists in Spring 2022.

So it's a Panda - but perhaps not quite as you know it. There are skidplates, a raised ride height, roof rails and a general feeling of purpose that all fit in with this car's wider off roading remit. Without making it feel as ridiculous as some SUVs often seem when your journey takes you through the urban jungle. As well as revised bumpers, there are bespoke door handles and mirror fairings as well as protective side strips, black side skirts and wheel arch mouldings to better show off the burnished 15" alloys. Look a little more closely and you start to pick up this car's infamous 'squarical' design theme, with rounded rectangles in vogue everywhere from the headlamps to the front air intake, from the wheel arches to that trademark extra third rearward side window. At the wheel, you perch high-up in the kind of position you'd expect a miniature People Carrier to provide, complete with brilliant all-round visibility that makes even this slightly larger MK3 model easy to place in the tightest city streets. And rear seat space? Well, we can't off hand think of many other citycar-sized hatchbacks that even attempt to carry five people in the way this Fiat tries to do. Can it do exactly that? If the journey's short, the people aren't too portly and you've paid extra for the sliding rear bench seat that maximises legroom at the expense of luggage space, we'd say just about yes. Which in a car this tiny is no small accomplishment. Out back, the 225-litre boot isn't bad - and if you've got the optional sliding rear bench and push it right forward, you can increase the figure to 260-litres.

What to Look For

Check that the car you're looking at hasn't been too seriously used off road. Otherwise, it's the usual stuff applicable to any third generation Panda. This Fiat has earned a decent reliability record, helped in no small part by its reliable engines. Many will have been used as driving school cars, so check for slipping clutches. We've come across other issues with trim rattles (the driver's door handle has been known to easily break) and problems with the heating and ventilation system. Check for upholstery damage caused by child seats in the back, typical supermarket dents and scrapes, DPF filters on the diesel cars and ensure all the electrical functions work as advertised as these can be expensive to fix. The Panda isn't bad on consumables like brake pads and most people should be able to park it without nerfing the extremities. The Dualogic auto gearbox can be temperamental.

So, is this a proper 4WD vehicle that just happens to be shaped like a citycar? Or a citycar that just happens to have 4WD? If, like us, you guessed at the second option before your test drive, you'd be right. For a start, there's potentially as little as 150mm of ground clearance, so attempting the Rubicon trail in one of these would be something of a non-starter. But of course, though Fiat talks about trips to Lapland, a Paris-Dakar Rally entry and daring drives to the Mount Everest base camp, that's not what this car is really about. Let's be real here: it's a second family vehicle that'll get you just about anywhere you reasonably want to go in a snowy snap. The 4x4 system is one of those 'torque-on-demand' set-ups - which essentially means that the car will always be front-driven unless slippery conditions require that drive to the rear wheels be also brought into play, which then happens automatically without the need for any driver input. At this point, two differentials and an electronically controlled coupling take over, gradually increasing the amount of power sent to the rear wheels as conditions demand. That would have been the extent of the off road mechanicals of an early Panda 4x4 model - but this one goes a bit further. The Italian engineers reasoned that since this MK3 version had sophisticated ASR traction control and ESC stability Control fitted, the electronics involved might as well join the party. Hence the 'ELD' or 'Electronic Locking Differential' feature you can select in really bad conditions at speeds of under 31mph by pressing this button behind the gear lever. With ELD in place, wheels with poor grip are automatically braked, while power is then simultaneously transferred to those with greater purchase. The electronics also cut in to create an anti-skid system when you're negotiating steep descents. So, in other words, aided by its bespoke all-season M+S tyres, this little thing will go much further than you might expect from something with a ride height raised by just 47mm over its standard citycar stablemate. True, it won't match a really proper SUV when the going gets especially gnarly but off the beaten track, it'll certainly embarrass a lot of compact 4x4s you'd expect to cope far better. After all, the maximum angle of gradient that a Panda 4x4 can approach without any part of its bodywork touching the ground is 20-degrees. The maximum departure angle, or angle of gradient from which it can drive away without touching the ground, is 36-degrees. And its breakover angle at the top of a hill is 20-degrees. All of these figures slightly vary depending on your choice of engine - there are two, an 85bhp TwinAir 0.9-litre two cylinder petrol unit and the 75bhp 1.3-litre Multijet diesel that we'd recommend. Opinions differ slightly as to which of the two units is better for off road work. Because the petrol model has six rather than five speeds in its (rather awkwardly notchy) manual gearbox, its first ratio can be a very low crawler gear - which is great for inching down steep descents. On the minus side though, the installation of the petrol TwinAir engine is such that it gives you 10mm less ground clearance than the diesel can offer. And inevitably, pulling power is quite a bit less than you'd get with the diesel - 145Nm as opposed to 190Nm of torque, which drops the towing limit (900kgs in the diesel version) by 100kgs. In fact, the TwinAir driver who doesn't deactivate the engine's rather annoying 'Eco' setting gets just 100Nm of torque, which really will inhibit you off road.

Fiat's Panda 4x4 is one of the most enduring cars we can think of. After all, even after one of these flunks its final MoT test, it'll still be good value to somebody and if you look in barns and farm buildings the length and breadth of the country, you'll often find these little workhorses stored away before being pressed into use as field cars. Or as runabouts that rural teens can learn to drive in, bouncing along rutted tracks and handbraking in muddy paddocks. Of course, these Fiats once emerged from a dealership polished and new, with a proud owner who wanted a chic and capable small car. That hasn't changed a bit, and this third-generation Panda 4x4 adheres to the same formula that's been good since 1983. Of course, it's in this form a far slicker operator than the original but believe us, you'll be glad of that if you have to live with the thing. Nostalgia isn't what it was. Overall, this model's appealing mix of citycar and SUV remains as unique as it always was, this a small runabout with added capability rather than a properly serious off roader distilled into tiny form. Understand that and there isn't much not to like. Most brands would have created a car like this with more style than substance, but Fiat didn't. Which is we think why the Panda 4x4 has such an enduring appeal. And why so many more two or three-car British families really ought to be looking at one.